Joke of the Week -- Thanksgiving and Chanukah

Joke of the Week -- Thanksgiving and Chanukah:

A young man named Jon received a parrot as a gift. The parrot had a bad attitude and an even worse vocabulary. Every word out of the bird's mouth was rude, obnoxious and laced with profanity. Jon tried and tried to change the bird's attitude by consistently saying only polite words, playing soft music and anything else he could think of to "clean up" the bird's vocabulary.

Finally Jon was fed up and he yelled at the parrot.The parrot yelled back. Jon shook the parrot and the parrot got even angrier and more rude. Jon, in desperation, threw up his hands and grabbed the bird and put him in the freezer. For a few minutes the parrot squawked and kicked and screamed. Then, suddenly there was total quiet, not a peep was heard.

Fearing that he had hurt the parrot, Jon quickly opened the door to the freezer. The parrot calmly stepped out onto Jon's outstretched arm and said "I believe I may have offended you with my rude language and actions.I am sincerely remorseful for any inappropriate transgressions. I fully intend to do everything I can do to correct my rude and unforgivable behavior.

Jon was stunned at the change in the bird's attitude. He was about to ask the parrot why he had made such a dramatic change in his behavior, but the bird continued... "May I ask what the turkey did?"

Lesson of the anecdote: When we punish or penalize a child or a student we may sometimes do something which in our eyes is small and insignificant, yet in their eyes it may be extremely scary and frightening, thus the impact being heavily exaggerated.
​
We must exercise extreme caution in choosing the methods of punishment.
Posted by simcha at 8:55 AM No comments:

Story of the Week: When He Grows Up

Story of the Week: When He Grows Up

A husband and wife came to the Rabbi at 2am in the morning, the night before the Bris of their newborn son because they  couldn't agree on the name.

You see, his father was a well-known creep — a gambler, an alcoholic, a thief, a schemer, a famous “ganav.” Her father, on the other hand, was a gentle, noble and pious spirit, known for his decency, integrity, kindness and generosity. Hence the mother of the newborn argued that there was no way she would allow her son to be named after her father-in-law… Yet, her husband argued, it is after all his father, and he wishes his son to carry his deceased father’s name.

What do you do?

The Rabbi thought for a long time and then he gave the verdict: The name which should be given to the child is Moshe.

“After whom?” both parents yelled.

Story of the Week: The Fisherman

Joke of the week : Lower His Losses

Joke of the week : Lower His Losses 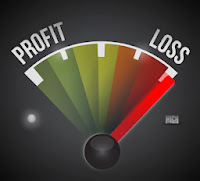 Mark Ginsberg never pays his bills. Recently his friend saw him bargaining with a supplier.

"Hey, Ginsberg," Goldberg asks him, why are you knocking that man's prices down ? You're never going to pay him anyway.

Listen, answers Ginsberg, he is a nice chap. I just want to keep down his losses.

Every day at lunch time Yankel open his lunch sandwich and utters the same complaint. "Oh no, peanut butter again!”
One day, after seven years, his co-worker finally loses his patience. "Why don't you ask your wife to make you something different, for heaven’s sake?"
"That won't help", Yankel replies, "I make the sandwiches myself".
In life, much of our misery and anguish is not completely based on the circumstances around us, but rather on the messages we tell ourselves—and have been telling ourselves—as an interpretation of these circumstances. We can choose to make different sandwiches for ourselves and everything might change.